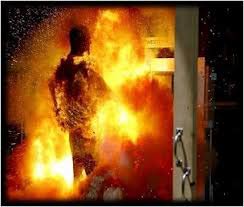 When Metro Water District managers fired electrician Donovan Hemway after he was nearly electrocuted, they stirred up already murky waters—and several government investigations of Metro Water are under way, as Hemway fights to get his job back.

Speaking to the board of the water district—which serves about 50,000 people in the northwest, northeast and southwest areas of metro Tucson, according to its website—Hemway said on Aug. 13 that he was nearly electrocuted on May 10, when he became drenched while working in a live, 480-volt cabinet at Metro’s DeConcini well site. Hemway had worked for Metro for almost six years. (See “Sparks Flying,” Currents, Sept. 20.)

“I was nearly killed,” Hemway told the board then. Hemway had been ordered to do a pump-efficiency test. Now, Hemway is insistent about getting his job back.

Jessie Atencio, assistant director of the state Division of Occupational Safety and Health, wouldn’t comment about the division’s investigation.

Hemway said he has received confirmation that the U.S. Department of Labor’s Wage and Hour Division has begun a separate investigation of his termination, which occurred while he was on family and medical leave. The electrician’s charge of employment discrimination is pending at the state Attorney General’s Office, and an interview has been scheduled, he said.

Hemway’s first victory came when Metro Water, on the eve of a formal hearing, decided not to fight his workers’ compensation claim. The Industrial Commission of Arizona sent Hemway a letter notifying him that the Employers Compensation Insurance Co. had accepted his claim for compensation over job-caused medical issues.

Hemway sent the ICA a letter on Nov. 15 relaying reports from employees that a Metro Water supervisor was intimidating workers. Hemway charged that the supervisor told several people, including witnesses to the May 10 incident, that “if Mr. Hemway sues, there will be layoffs.”

The supervisor also reportedly made light of a 6-inch hose rupture as “just a pinhole leak,” despite company video showing Hemway drenched while near a live electrical connection. Hemway’s letter argued this showed “a pattern of unlawful disregard in a hostile work environment” that could lead to “stress claims and even a fatality.”

The company received the letter at 11:33 a.m. on Nov. 16, according to a delivery-confirmation service. Hemway claims that at 1:28 p.m. that day, he observed the supervisor in question driving slowly down his street.

While Hemway sees his battle with the company as David versus Goliath, the fallout may be affecting Metro Water in other ways. At a public hearing Oct. 22 on proposed rate increases, Metro customer David Tanner, a former company supervisor, asked a series of questions about Metro’s practices. According to the meeting minutes (posted on the Metro website, www.metrowater.com), one of the questions involved how much Metro was paying attorneys “to fight employees who complained about wage and hour law and job-safety violations.”

General manager Mark Stratton said the amount was not yet known. Board chairman Bryan Foulk denied any company wrongdoing, saying nothing was “being swept under the carpet.”

Another question from Tanner: “Is the rate increase needed so managers can continue to attend conferences at Whiskey Pete’s in Buffalo Bill’s Resort and Casino near Las Vegas?”

Stratton responded that the only manager who attended a conference there was deputy general manager Chris Hill. Hill was the person who initiated the change in a pump-testing procedure that almost killed Hemway when a hose ruptured, Hemway said. According to the conference prospectus, Hill was to teach a Sept. 25 class on “Reducing Risks and Costs.”

Tanner also asked about Foulk’s comments at a previous board meeting that debt service was “strangling the district.” Seventy-five percent of Metro’s annual income, $6.6 million, reportedly goes to debt service. Foulk said he was misquoted. His statement, however, remains in Metro Water’s approved board minutes from Aug. 13.

Another Metro customer, Annette Cline, sent an email to the board opposing the rate increase, adding, “I don’t really get the impression that my opinion as a longtime Metro customer really matters to the board of directors, anyway.” The Southern Arizona Home Builders Association wrote the board that any increase in connection fees “will adversely affect our builder members.”

The board dropped the proposed water-connection fee increase, but voted unanimously to raise the base rate by $2.50 a month; to increase water consumption charges by 4 percent; and to establish to a new water-resource-utilization fee of 10 cents per thousand gallons.

Metro Water customer Donovan Hemway, unemployed since his discharge from the company, will have to pay the new rates while he continues his battle to get his job back.